Our youngest Birman stud Beethoven Johnnatarie (Bonbón) Chocolate Point SBI b color, 06.11.2021 was  born in Barcelona, Spain. We had his complete genetic screening done in the most modern genetics lab in Australia, as is customary in our cattery.

Bonbón’s genetic test is in all point is negative. 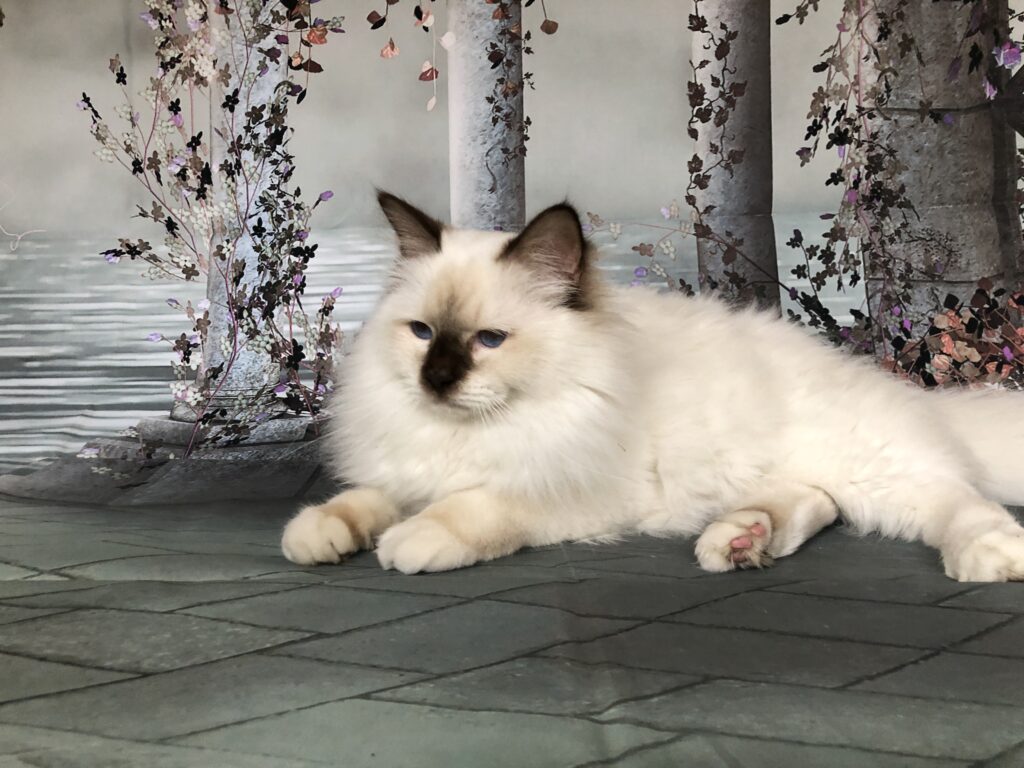 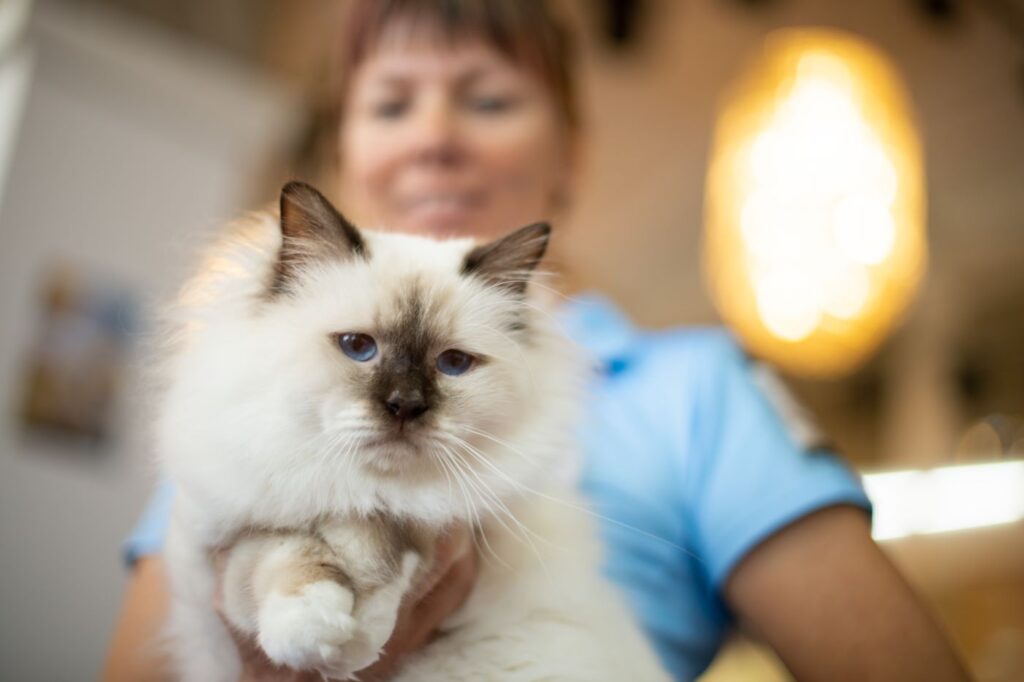 The top of that he became father of 3 litters already!

But let’s not jump so far ahead!

Bonbón’s selection was preceded by more than 6 months of active search. With my little girl Anna, every single day, we were looking for the right stud to replace our secound World Champion stud Azzurro. In the end, we decided on Bonbó, because based on the video material we received from his breeder, we guessed that, like Azzurro, we would get a big teddy bear who is just waiting to be loved. 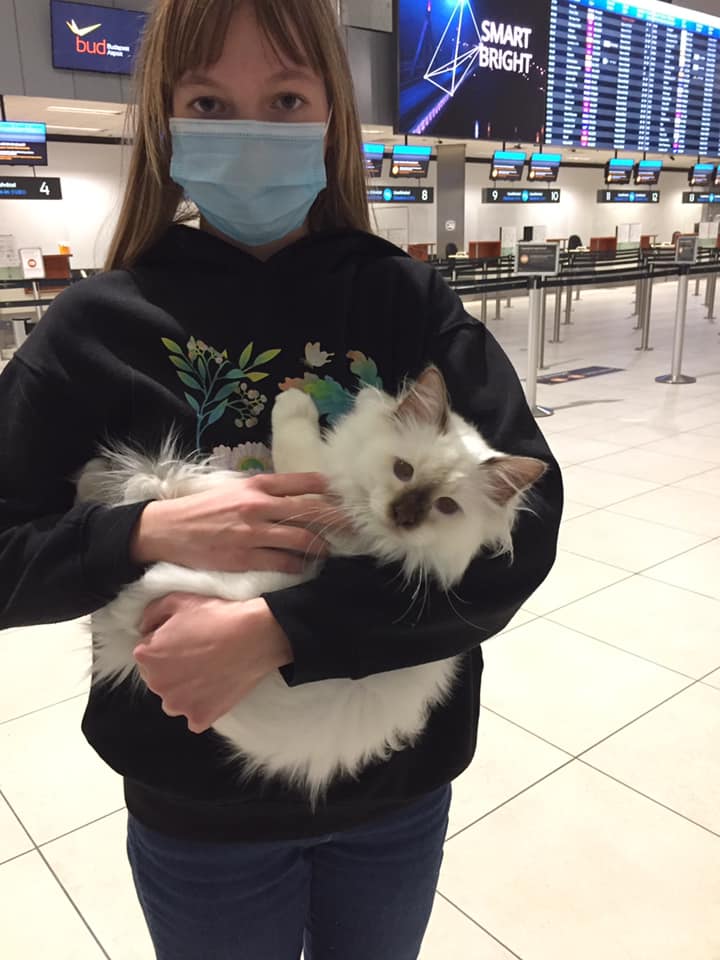 Luckily the reality was even better than we expected. 🙂

Bonbón is an extremely kind, incredibly gently loving cat. He doesn’t show even a tiny bit of aggressiveness or hardness. He always approaches cautiously and lies down, so he offers himself to be loved. Even his purr is soft. 🙂 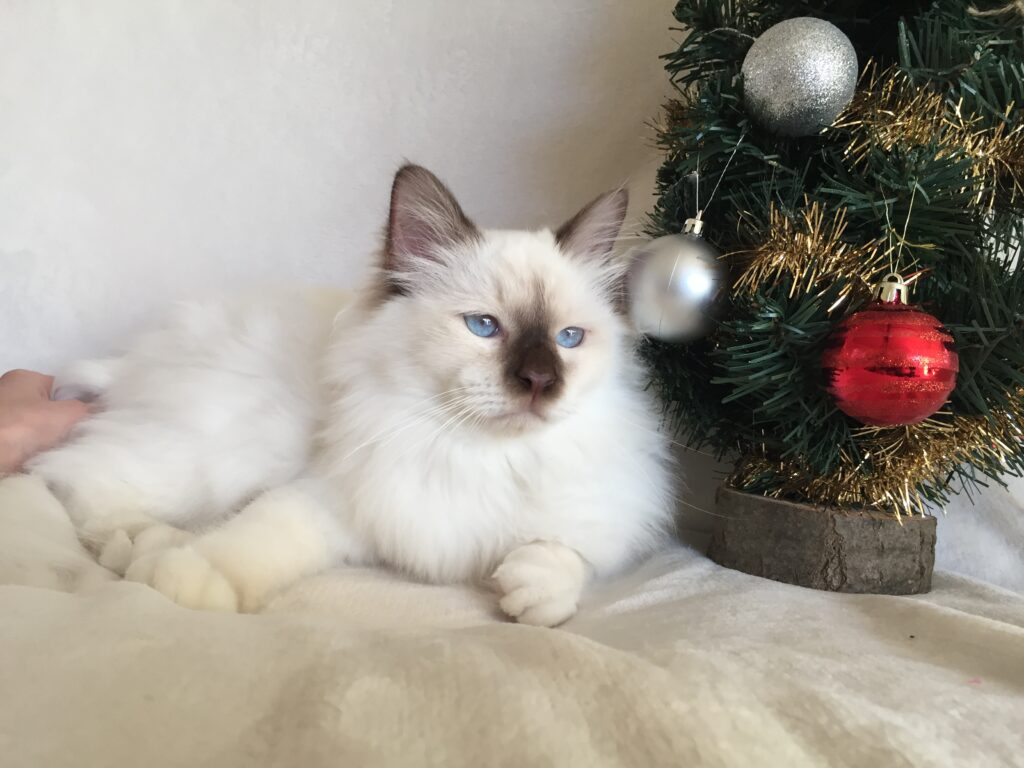 He is also extramly calm in the cat shows. He doesn’t stress about anything. He eats, drinks, plays as if it were the most natural thing in the world to drive for long hours, sleep in hotels and spend whole days in a plastic tent. Between a million strangers and cats. 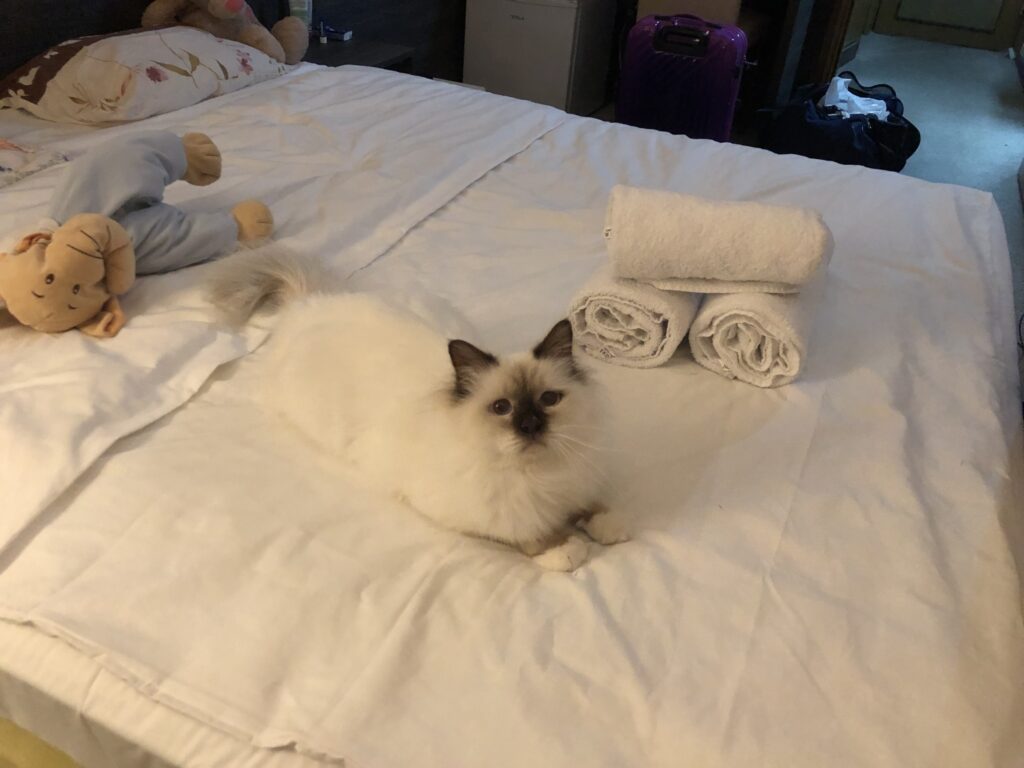 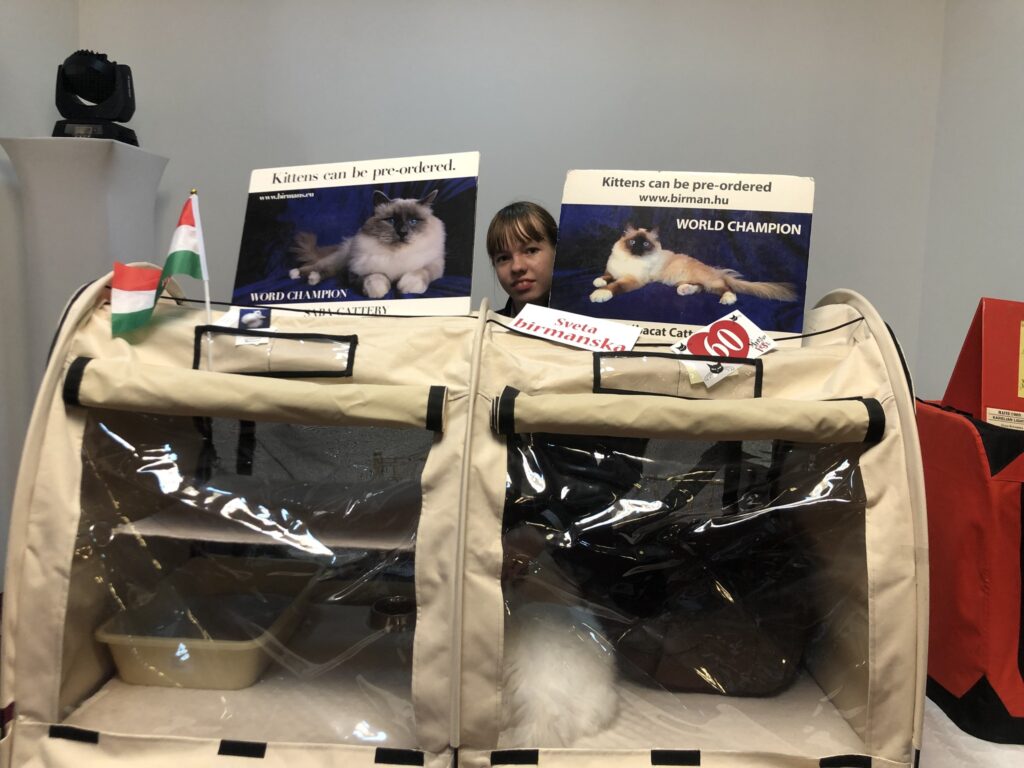 To became an European Champion he had to participate in many countries in many cat shows.

To get European Champion Title He had to receive it from 3 different judges in 3 different countries. Titles received in the  World Cat Show counts even to a different continent. 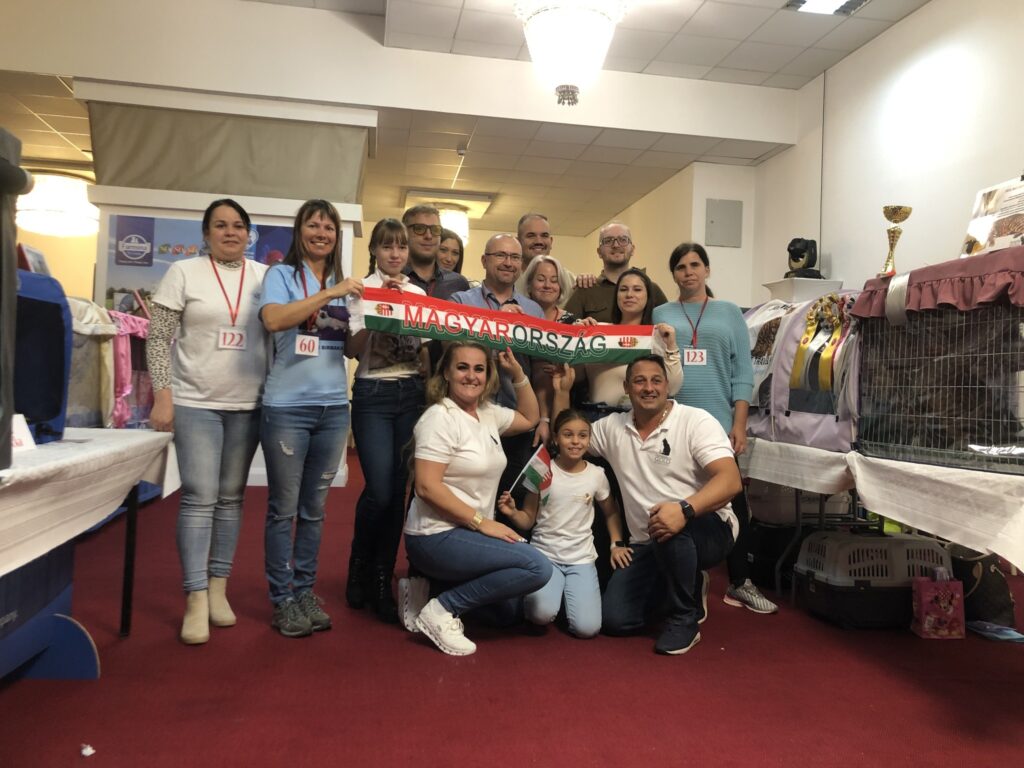 Anyway we travelled a lot, and Bombi behaved very well so we are very proud of him, and of course thankful for his breeder. 🙂

At shows, the cutest case was when the judge tried to put him on all his four legs so he could see his height, but as soon as his feet reached the table, he immediately lied down so they could pet him. The judge struggled with him for a while, then gave up, laughed and pet him. 🙂

In addition to the titles, Bonbó also collected many nominations and was awarded BEST in Show at one of the exhibitions. As I took his huge cup, he tried to take it from me right there in my hand. I put It next to him in the exhibition tent (Sturdi) where he hugged his cup with both paws and slept like that until the end of the exhibition. It was very touching. He totally seemed to know that he got it and was extremely pleased with the judge’s decision. 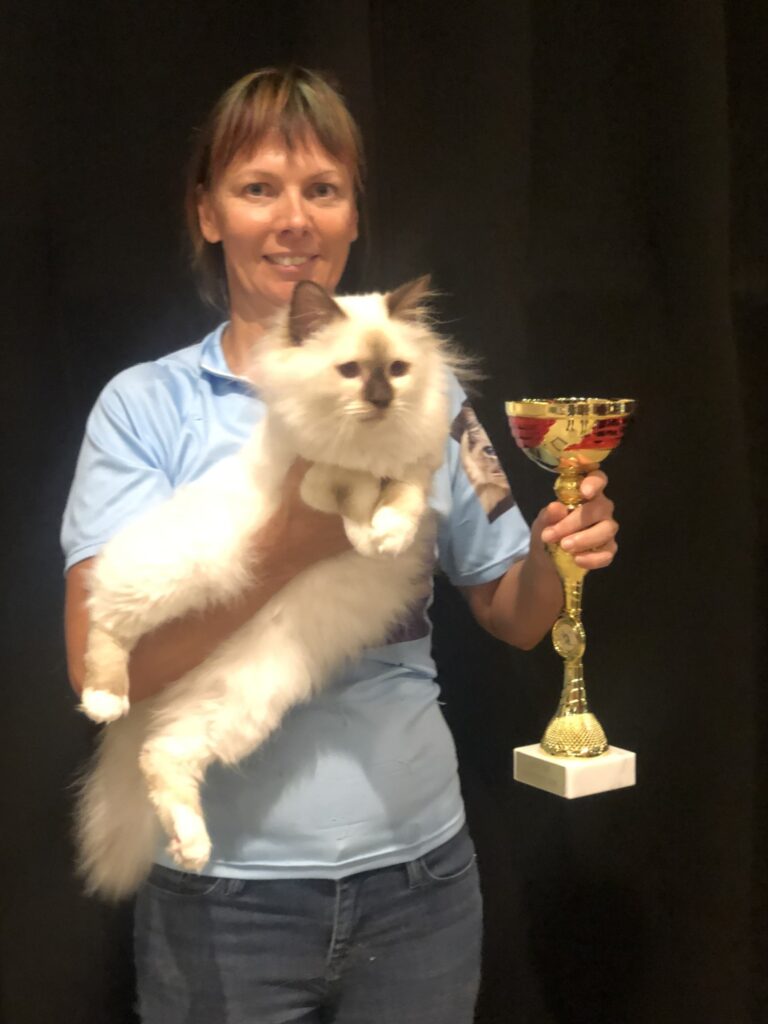 Bombi turns his nice caracter and his unconditional trust not only towards humans but the cat females as well. For this reason he is also highly respected by our queens. 🙂

His first babies were born from Saba Sophia  whom had babies before from our stud  Grand International Champion Albafeles Darcy . Her experience helped Bonbi build confidence in the art of courtship. 🙂 All our kittens from this litter have already found a home. 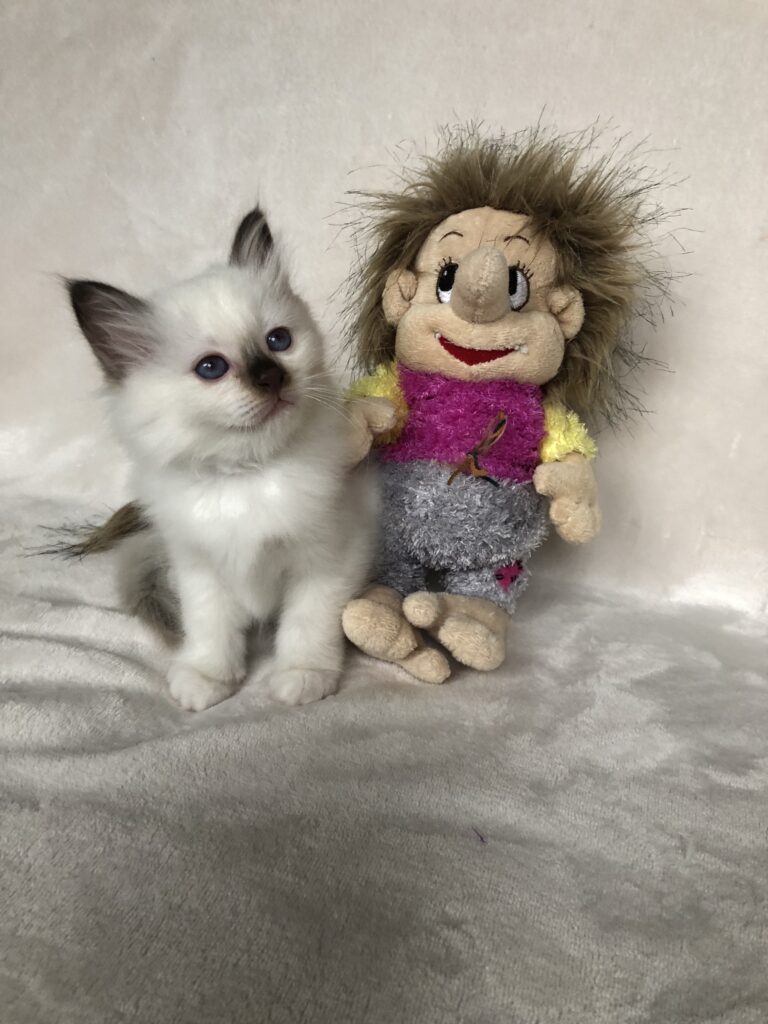 It is possible that will be available kittens from these two litters  at the time when you are reading this artical. 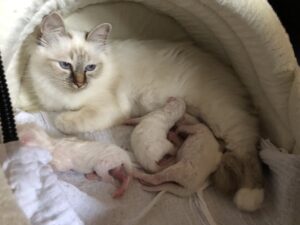 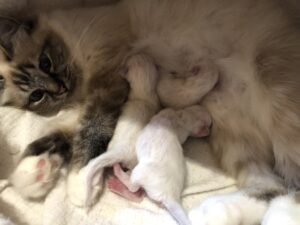 If not, don’t be discouraged, Bonbi is just starting his breeding career. We hope he will be the father of many litters more. 🙂

Birman kittens can be prereserved during the whole year in our cattery. Reservation