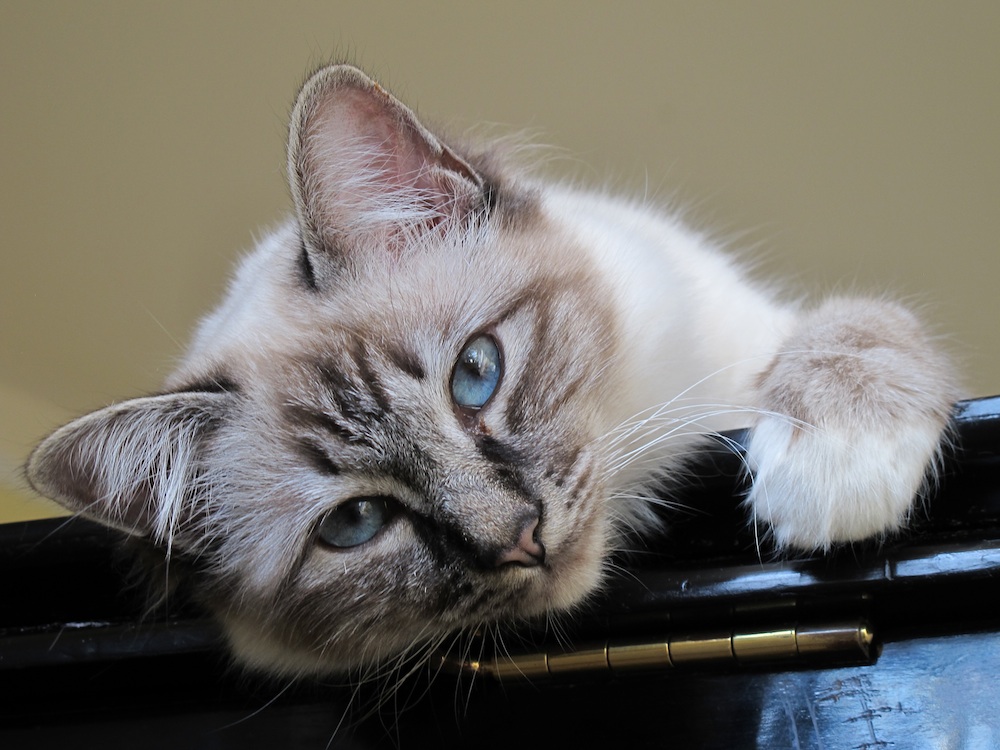 Doroty my first Birman female. Seal lynx colour (SBI n 21), year of birth 2012, she is carrying a diluent gene, FIP, FIV, FLV negative, PKD ultrasound screen negative. She’s very open minded, open hearted cat. She does not belong to one person, but loves everybody in the family. She even gets on well with our dogs too. She’s very loveable. Loves playing with me or our little Anna. She’s very curious, interested in everything what’s happening around her, or everybody who wisiting us. She loves having bath with me, and sleeping on my legs. She was suprisingly gentle when Yoda arrived, she desperatly wanted to play with him, but of course Yoda was very afraid for the first day of his arrival. So Doroty gave up her favorits place in our bad and let him sleep with us. She just moved back 3 days later whan she was sure that little Yoda is not scared any more. 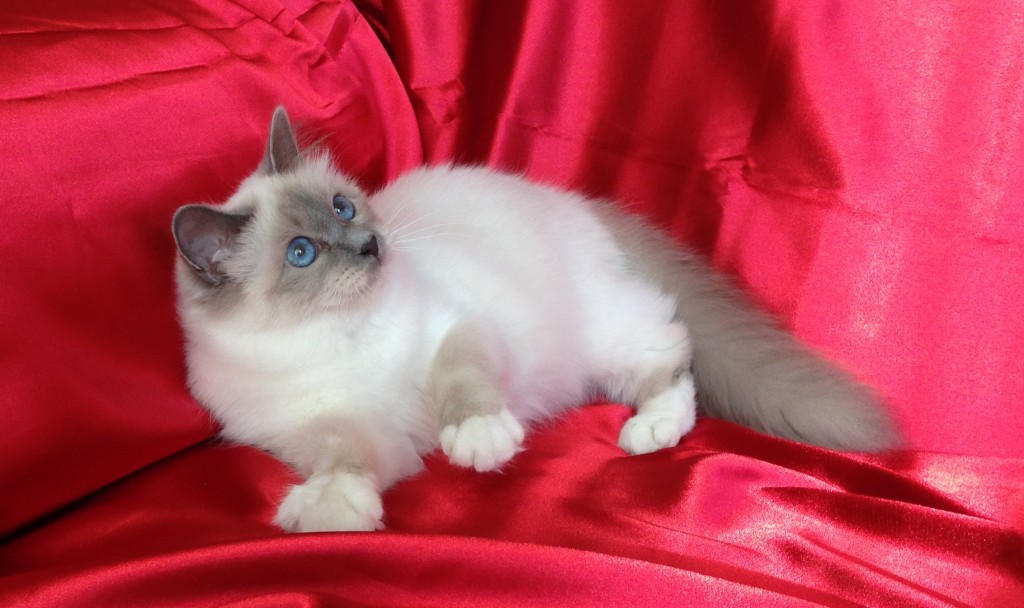 Blue point coluor (SBI a),  year of birth 2013, she is carrying a diluent gene, FIP, FIV, FLV negative, PKD,HCM ultrasound screen negative. She is the bravest cat among the family. She is always ready for a new adventure with straingers, or animals. She loves playing with nearly everything. She is awfuly lovable thats why all the other cats love her for the second side. Her appearance astoniting for the first side. Her eyes are deep blue which are really rare in Blue point colours, and her fear is soft like a real silk, I think thats why the judges love her so much. Or because of her kind behaviour. She was nominated in her first show (9 months old open class!) And the next day ” simply perfect” was written in her sheet 🙂 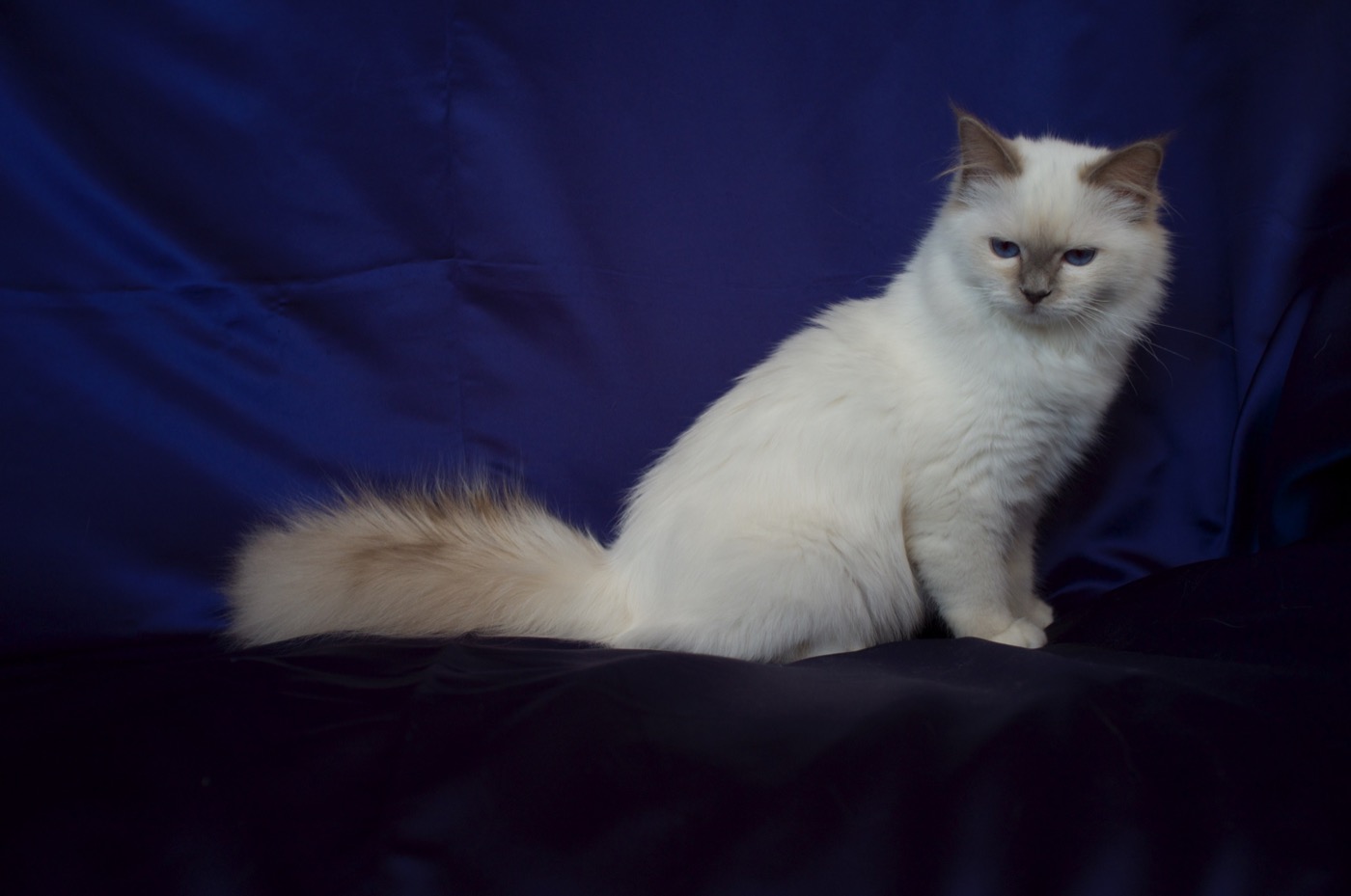 She is the youngest in our cat family. She satisfiels my old dream. She came to us from Austria, after one year carful look for. Naturally FIV, FLV, negative, PKD,HCM, ultrasound screen negative. She has one of the oldest, and clear blud line. She also has excellent show marks. On personally you can see her earlier in big cat shows from 2015 spring. We don’t hide, that we expect rarly excelent kittens from her and Yoda marriage. About her personality. We can’t say too much at the moment, she is too young, to see. Althoug she will soften, develop a lot, we know even now she is very calm and relaxed, good tempered kitten. She loves humans and uses every possible occasion to express it. She is the favourite of our little daughter.